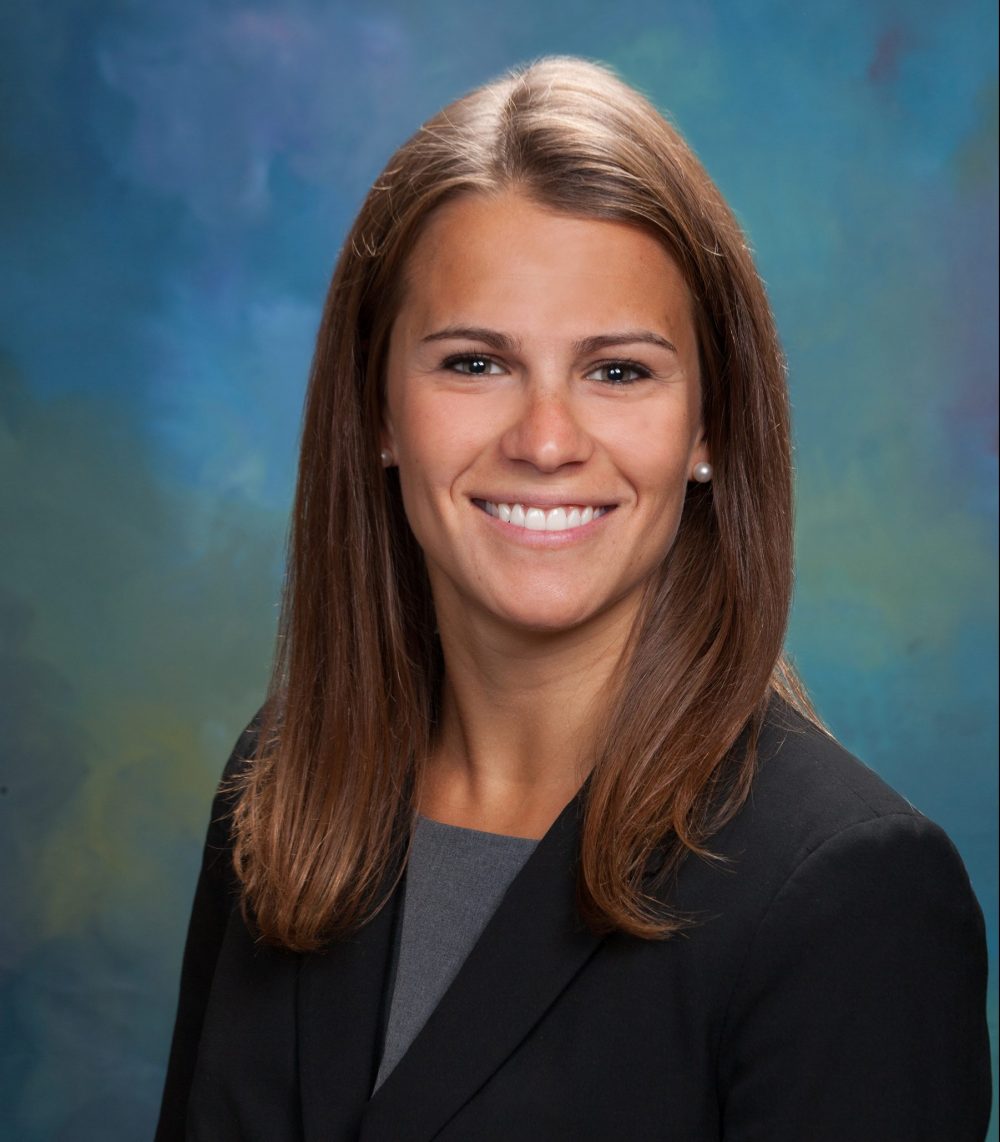 Dr. Kathryn (Hannis) Andrews developed her passion for children while working at her family's preschool at the age of 16. Dr. Andrews has extensive training in the management of conditions in pediatric patients such as strabismus, amblyopia, and medically necessary contact lenses in infants and pediatric patients. She also enjoys caring for adults with double vision, patients with neurological conditions, and individuals with disabilities.

Dr. Kathryn (Katie) Andrews graduated with honors from Marist College in Poughkeepsie, NY with a bachelor's degree in biomedical science. She completed her optometric training at the New England College of Optometry in Boston where she was a member of the Beta Sigma Kappa Optometric Honors Society. During her educational career she received numerous clinical awards and honors.

After receiving her Doctor of Optometry degree, Dr. Katie went on to complete a residency in pediatric optometry through the New England College of Optometry. During her pediatric residency she saw patients in multiple clinical locations including Tufts Medical Center, Perkins School for the Blind and various other health centers throughout the city of Boston.

Dr. Katie is a member of the American Optometric Association, the Association for Research in Vision and Ophthalmology, and a Fellow of the American Academy of Optometry. She has served on an international mission trip to provide free eye care to patients in the Dominican Republic with VOSH (Volunteer Optometric Service to Humanity) and hopes to continue to offer her time and knowledge to this honorable cause.

In her spare time Dr. Katie enjoys spending time with her family and husband, Dr. Jonathan Andrews, playing soccer, and cooking. A fun fact about Dr. K. Andrews: she was a division one soccer player at her undergraduate institution.

Request An Appointment
Patient Portal
Email Us
You can reach us by email. No confidential information please!